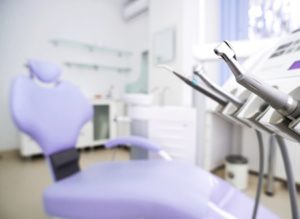 Being told that you need a root canal can be scary. Root canals have a bad rap. Whenever you see someone going to the dentist on a television show or in a movie, they make it look as scary and painful as possible. However, a root canal in the real world is really nothing like what you see on the big screen. Here are some common falsehoods about root canals that might put your mind at ease.

In reality, root canals are no more painful than having a cavity filled. While root canals could be very painful in the past, new technology allows endodontists to perform root canals with relatively little pain involved. You will be completely numb during the procedure, and the resulting pain will be no more than if you had a cavity filled. In fact, the pain could be less than the tooth pain you experienced before getting the root canal done.

There are some dentists and medical professionals that claim that root canals can cause illness. This is based on the idea that bacteria can become trapped within the root canal, traveling throughout the body and causing infection and illness. In reality, the miniscule amount of bacteria that has been found to be left behind during a root canal is not dangerous. And in most cases, an experienced endodontist can prevent this bacteria from remaining behind.

It’s Better to Pull a Tooth

You may think that it is better to pull a tooth than to get a root canal, but this couldn’t be further from the truth. Having missing teeth does more than affect your appearance. It affects your bite and how your teeth are able to help you speak and eat. If you do not preserve your teeth or replace missing teeth, it could affect many aspects of your daily life.

If you have been told that you need a root canal but you are nervous about the procedure, we can help. Contact us for more information or to schedule your appointment.